Where time only moves... when you do.

Superhot, a game that's been indevelopment for a while now from a small indie team, is aiming to launch this year for gamers on PC and Mac as well as XBox one and even Linux! Born originally as a '7 Day FPS' or 7DFPS, the game received alot of attention in 2014 before raising over $250,000 via Kickstarter. As the game preps and nears its launch (other than Q1 2016 there isn't a definite date - so its running behind!), here's our take on the game. 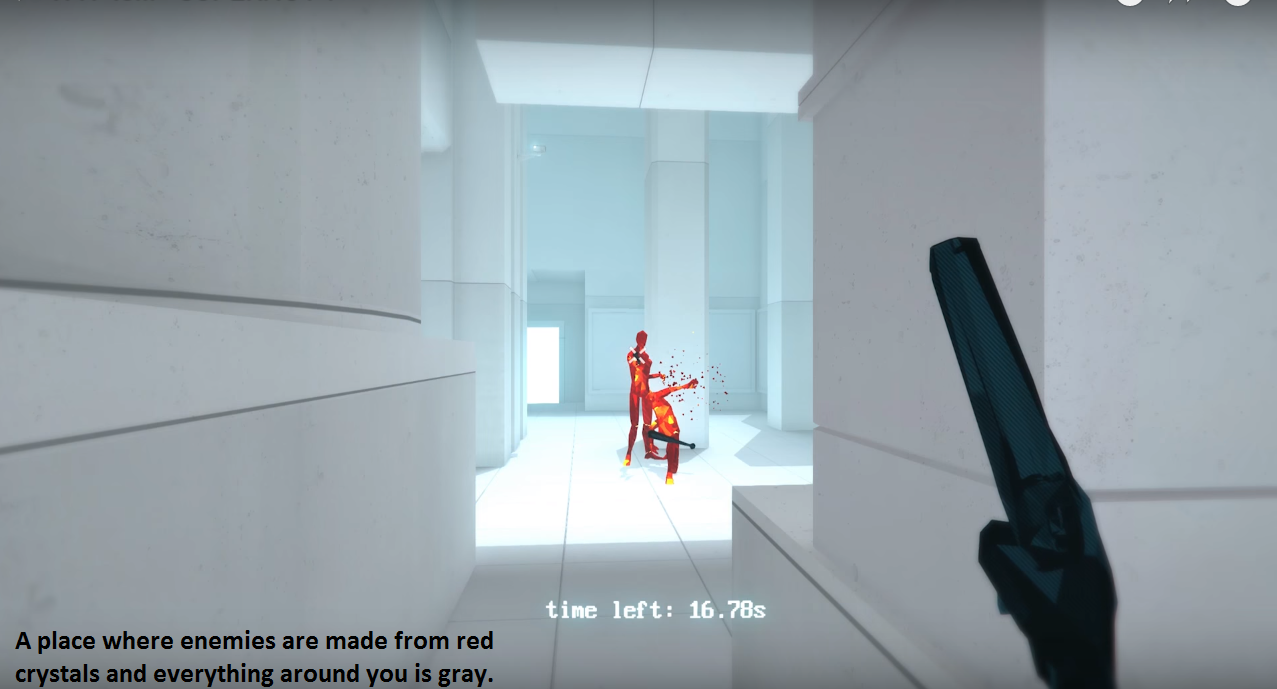 You wake up and there are red people all around you. Everything is a surreal gray and you can switch bodies with your attackers. But, the oddest thing is that everything stops when you do. The bullets stop, the people stop, and slowly you find that if you time it just right you can stay alive. But, you rarely do. Dying again and again like a grayed out and simplified version of the Groundhog Day. But, unlike the movie, anything can be used as a weapon. You are The One fighting hordes of meaningless red enemies. 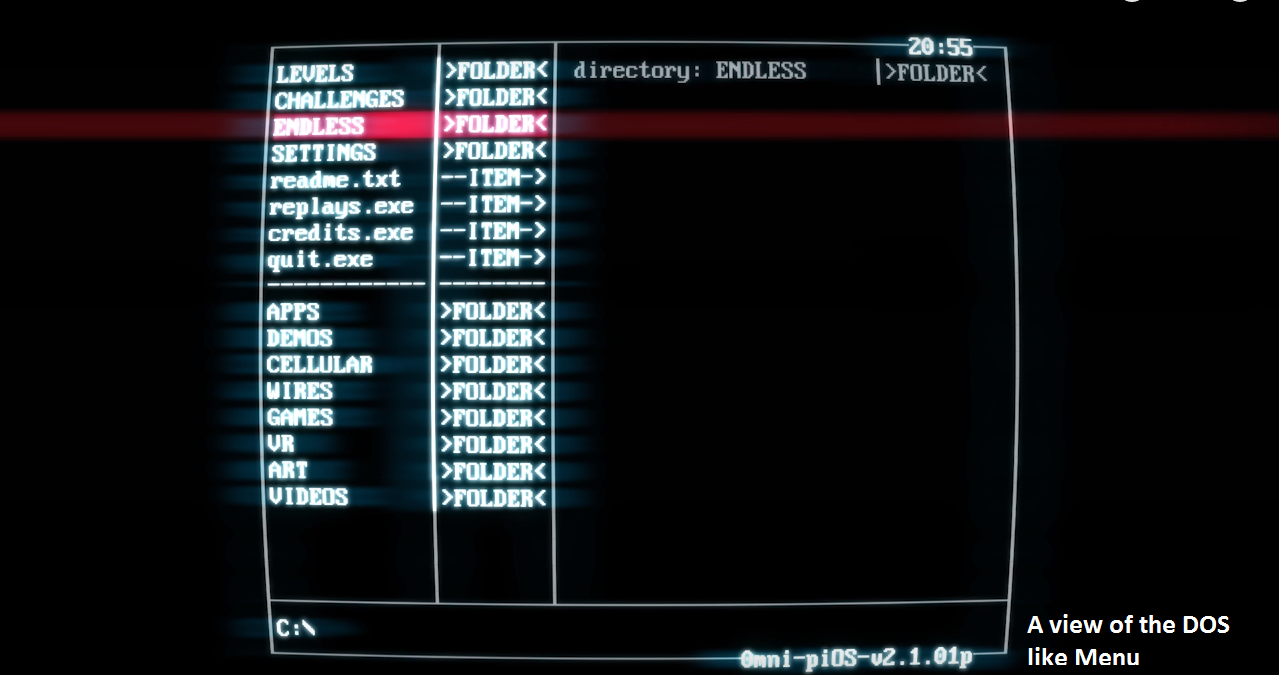 Superhot is a shooter with a twist: you have to stop, think, and then move forward in this time-bending surrealistic puzzle game, where your enemies are made from red crystals and the game menus which will remind you of the old days of DOS and Pac-Man in a retro feel.

Each level and scenario has you facing against countless enemies and a single mistake or misstep can take you to your death. The FPS part does not help either because you can only see those in front of you. For all other things, you have to use your sense of hearing and intuition. The weapons don't have unlimited ammo and each time you run out, you have to resort to whatever is around you... and getting the one in your enemies hand. 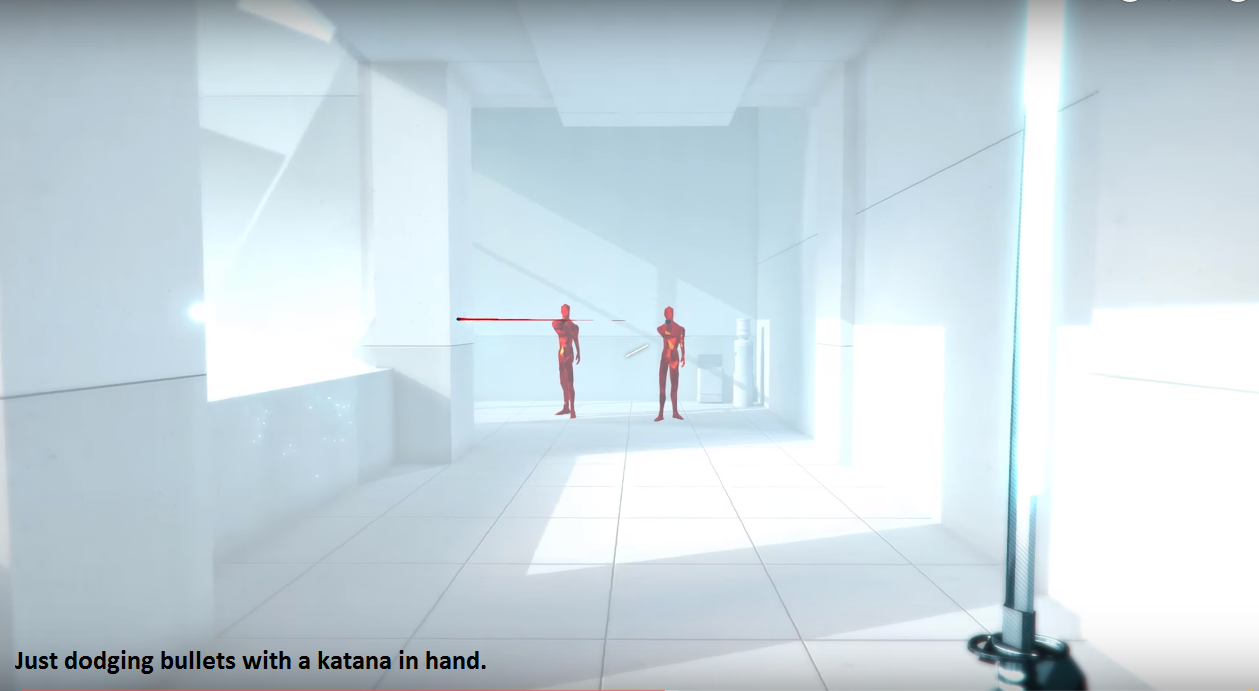 There is a very odd level of mechanics involved which reminds you of causal games like angry birds, or it might just be the red color of all your enemies, who can be taken down by restarting the level again and again. But, unlike the aforementioned games, this will feel like setting up dominoes with the end result of watching them cascade as one tumbles over the other, when the replay comes on in real time at the end of the fight. But, if you have misplaced even one, then it is game over. 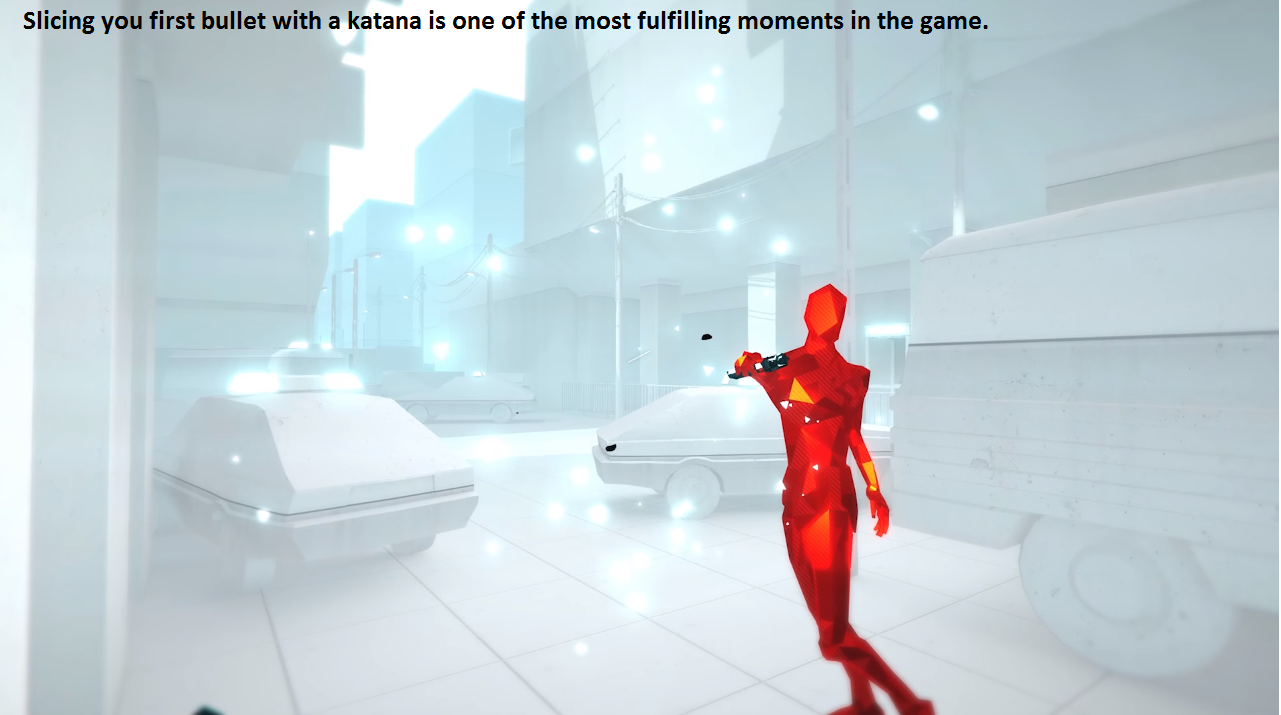 The gun mechanics are interesting as well. You will be shooting on the place where your enemy will be, rather than shooting at him.  There is no reloading in the entire game. But, if you throw your weapon at your enemy they will drop their weapon, which can then be picked up and used to shoot others. You can shoot bullets to stop bullets, throw a weapon to diver a bullets path and even use a katana to slice them into half.

The campaign mode is short, interesting and eerie. It will take an average person up to 3 hours to complete. I won’t go into the details and spoil anything. But, completing it will open up a ton of new material in the game.

Being successful in any single scenario will need planning and a bit of luck as well. But, you have all the time in the world to plan. And even if you fail, you can re-spawn instantly. The overall objective is very simple, to stay alive in a world where everyone is trying to kill you. You will be constantly faced with tough decisions like whether to pick up a weapon or not. If you do, it will take a set amount of moves, moves where the rest of the world will be moving. And if not done right, you may find yourself shot when you pick it up.

For people who daydream of killing a person, an angry red hot one, and taking his katana to kill three others before going out of the office, this is the kind of game that will blow your mind. Decidedly, you may have to try out your moves a couple of time, but the gratification is just knee weakening. If you do end up with a mean little stretch, it can be edited in-game and uploaded to YouTube and other video sharing websites without any hassle.

In conclusion, it is an oddly well designed game with superb mechanics and endless replay ability. It will keep people entertained for hours on end, but I don’t expect it to be played endlessly, unless they introduce some really cool new content. The game is currently not available for purchase yet, however you can give the publisher your email address for pre-order info via the official website here - https://superhotgame.com/